Entertainment is a basic necessity of life and that is why every person looks for recreational places in every city. Among several modes of entertainment, a very promising and amusing experience is to visit a good zoological park where the family gets to spend a nice day out. Such an option is Rajiv Gandhi Zoological Park located in Katraj near Pune. Managed by Pune Municipal Corporation this is a wonderful location and a must-visit place in every way.  This is a beautiful place stretching over an area of 164 acre which has been carefully divided into three parts, a zoo, an animal orphanage and lastly a snake park. There is a Katraj lake too which is situated on a 42 acre space. 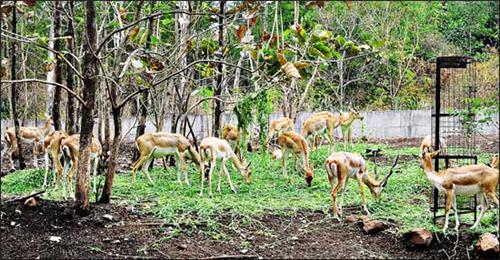 The Pune Municipal Corporation, in 1953, took the initiative and formed the Peshwa Park Zoo over an area of 7 acres with a healthy number of animals. In this zoo the animals were exhibited in traditional style of cages with minimum facilities. Though the animals were kept good the infrastructure was not at par to meet the immense popularity of the park and footfalls of huge number of people every day. In 1986, Neelam Kumar Khaire shook hands with Pune Municipal Corporation to form Katraj Snake Park in the same premises where the Rajiv Gandhi Zoo is located now.  In 1997, understanding the requirement of a proper zoo a zoo was planned under supervision of Central Zoo Authority of India; a much bigger area in Katraj was plotted and work was initiated. In 1999, Rajiv Gandhi Zoological Park & Wildlife Research Centre was formed with very few animals. It is said that in the initial years there was only Reptile Park, spotted deers, monkeys and few other animals. However, by 2005, all the animals of Peshwa Park were shifted to Rajiv Gandhi Zoo. Down the years, Rajiv Gandhi Zoological Park has been transformed to one of best parks with huge collection of animals and great infrastructure. 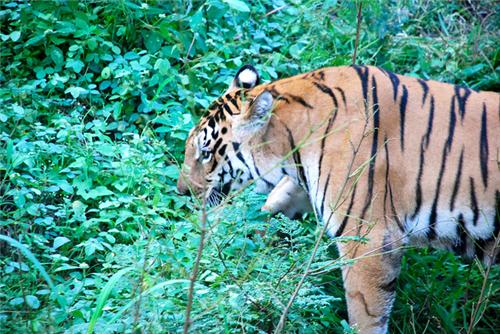 According to the Central Zoo Authority of India, the Rajiv Gandhi Zoological Park is the sixth best in the country. With excellent infrastructure and animal care, management activities and maintenance, the authorities have managed to get hold of the position. The zoo has also taken initiative to educate school children to make them understand the value and importance of animal in ecosystem. They have been educated to take care and love animals in general. Over 1, 25,000 saplings have been planted in 2010 to support greenery in the park. Like this, many small initiatives have worked together to form Rajiv Gandhi Zoological Park popularly called Katraj Park as one of the best zoos in the country.

The animals at Rajiv Gandhi Zoological Park include reptiles, birds and mammals. The list of animals is present in the zoo. The zoo has a white tiger and other mammals like leopard, sambhars, barking deer, sloth bears, peafowl, monkeys, black bucks and elephants. Reptiles include Indian rock python, cobra, vipers, snakes, and Indian crocodiles. One can also find Indian star tortoise in this zoo. According to the proposed planning the zoo plans to board many more animals which include lions hyena, fox, mouse deer, nilgai, jungle cat, lesser cat, rusty spotted cat and Indian giant squirrel. 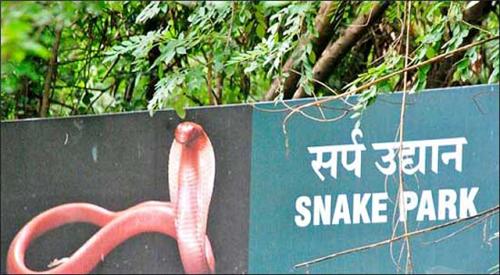 The Katraj Snake Park is one of the best places to see the most versatile kind of snakes available. Almost over 160 species of snake are present here which attract thousands of spectators every day. For kids the real enjoyment is the view of nine-foot long Cobra Snake and its activities. For all the visitors the snake park is a huge attraction. There is a library within the premises of the park. This library includes all kinds of information, articles and pictures of different kinds of snakes available. Neelam Kumar Khaire, the Director of Katraj Snake Park, is an absolute snake lover. He loves to learn more and exhibit knowledge about snakes. There are several programs arranged in the park to spread awareness of snakes and discourage all myths present among people regarding them. In Nagpanchami, a special program is initiated to spread love for this animal, discouraging ill-treatment towards them.