Situated on the Deccan Plateau, Pune mesmerizes all with its captivating and serene beauty. Being the Cultural Capital of Maharashtra and holding the epitome of heritage, Pune has immense number of attractions like forts, museums, palaces, gardens and most prominently temples. The temples in Pune are one of the most sacred and holy shrine where millions of devotees come every year to offer their religious dip to the Almighty. It provides immense sanctity and all through peacefulness in mind, which is a blessing for every visitor. Every temple in Pune has a story of its own and followed by beliefs and faiths unquestioned. For the theists, the temples are a holy place with its celestial blessings. 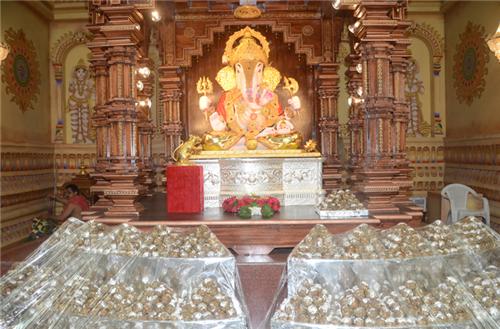 For all those who wish to visit the religious side of Pune read on to know more about the temples in Pune.

Having a history of more than 100 years this Dagdusheth Halwai Ganesh Temple in Pune is a historical monument and one of the famous and most visited holy places in Pune. Dedicated to Lord Ganesh, the Temple is situated near Shaniwarwada in Pune. The Idol of Lord Ganesh in this Temple is ornamented with gold and precious stone-studded jewellery which devotees offer to their Master as a token of love and faith. It is said that the seven and a half feet tall Idol of Lord Ganesh has golden ears which is said to be made of 8 kilos of gold. The simple structure yet beautifully studded with lights and flowers make it a peaceful place for the religious visitors.
Dagdusheth Halwai Ganesh Temple Address: 161, Budhwar Peth, Pune - 411002

This 17th century temple, which is more than 250 years old, is an embodiment of ancient architecture. Constructed by Krsnaji Panta Citrava at the time of Sadashivrao Bhau on the banks of river Mutha, Omkareshwar Temple is among the oldest Shiva Temple in Pune. Huge domes and extravagant style of construction are premier features of this Temple. Being one of the biggest temples in Pune it is a must visit for every visitor.
Omkareshwar Temple in Pune Address: Shaniwar Peth, Pune, Maharashtra 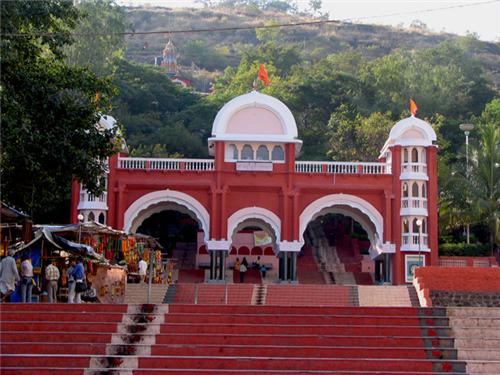 
Parvati Hill and Temple in Pune

Being one of the major tourist spot, this Temple is situated at a height of 2,100 feet from the sea level and gives a comprehensive view of the city. It is one of the oldest temples in Pune and reminiscent of the Peshwa Dynasty. Huge historical significance remains attached with this Temple. Other temples in this area include Devdeveshwar Temple, Lord Kartikeya, Lord Vishnu and Lord Vitthal and Lord Ganesh Temples.
Parvati Hill and Temple in Pune Address: Parvati Steps, Parvati Darshan, Pune - 411009

Also known as Jnaneshwar Temple, this Temple is one of the oldest temples in the city. Built in 1730, Nageshwar Temple in Pune has undergone for renovation many time thus resulting into quite a changed structure than it was earlier. The structure of the shrine is that of a typical Yadava structure and it is believed that once it had a water reservoir which could cure leprosy. 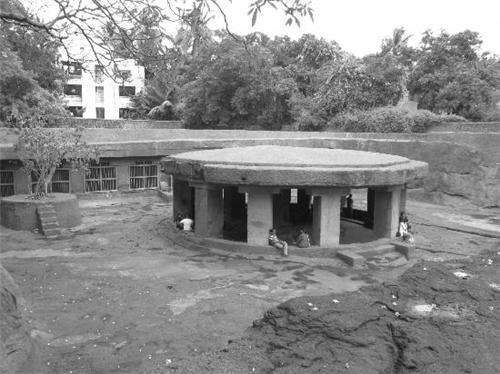 Carved out in 8th century, Pataleshwar Cave Temple in Pune is dedicated to Lord Pataleshwar who is believed to be the Lord of the Underworld. This is a rock cut cave temple. Its magnificent architecture is worth a visit.

Kasba Ganesh is believed to be the Gram Devtha of Pune and the protector of the city. The historical significance of the Temple is equally interesting. During the auspicious occasion of Ganesh festival, the Temple is decorated with lights and flowers and several cultural programs like bhajans are initiated in which the devotees participate with complete faith. 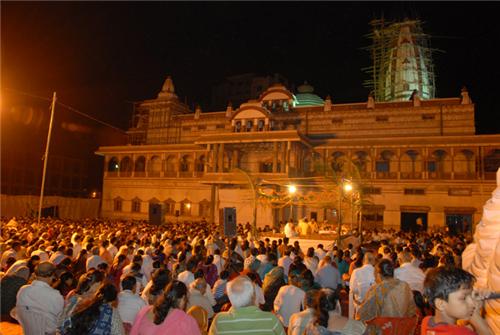 The International Society for Krishna Consciousness, Iskcon, has one of its centres in Pune too. Iskcon Temple in Pune is situated around 12 kms south of Pune.

Located on the shore of Indravati River, Ayyappa Hill Temple in Pune is dedicated to Lord Ayyappa, a Hindu deity who is believed to be an incarnation of Dharma Sasta. The Temple was founded by Ayappa Seva Sangam. Since the Temple is on hill top it provides a beautiful scenic excellence. Photography, however, is prohibited as the surrounding areas belong to Army. It also follows the rituals in a Malayalam style which makes it more attractive.
Ayyappa Hill Temple in Pune Address: Dehu Road cantonment, Pune (right side of Mumbai Pune Highway)
Timings: 6.00 am to 9.00 pm

Being mythologically and historically prominent, Bhuleshwar Temple Pune is a nice place to visit. The Temple - dedicated to Lord Shiva- was built in the early 13th century. It is believed that Goddess Parvati danced and expressed her love for Lord Shiva here. In return, Lord Shiva accepted it and married her. The place is worth visit specially in Shrawan and during Mahashivratri when the Bhuleshwar Temple is flooded with devotees.
Bhuleshwar Temple in Pune Address: Bhuleshwar Road, Pune

Neelkantheswar Temple is a unique Hindu temple dedicated to Lord Shiva who has three heads and which is considered the one and only avatar of Lord Shiva. Unique sculptures, mythological significance, scenic excellence with a cool and peaceful ambience altogether works as an excellent shrine to offer prayers. It is stated that the Idol of Lord Shiva was found here and then the Temple was built around it. Mahashivratri is celebrated with a mela with immense number of devotees visiting, each year.

Apart from this there are few other temples in Pune like: