The history of sports in Pune goes back a long way. In fact, it was here in the 1850s that badminton was invented (improvised shuttlecocks being hit about by improvised racquets) and the game was called Poonai. By the time the game’s rules were formalized in 1893, it was renamed after Badminton House in England.

But like in most of India it was cricket that captured the sports lover’s heart with a number of venues offering second-to-none playing and coaching facilities. Pune also offers facilities for a number of other sports including hockey, football, tennis, badminton, squash, basketball, swimming, rowing gliding, rugby and karate. Alongside these modern sports, kushti or traditional wrestling and kabbadi are also practised in Pune. 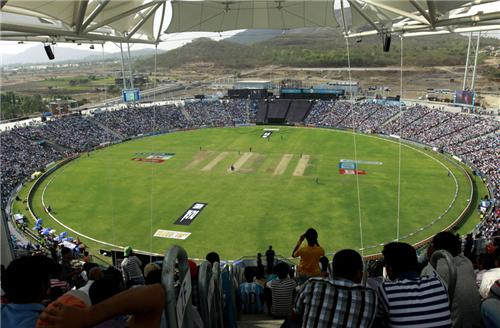 Keeping with its image as a ‘sports city’, Pune has played host to events such as the National Games in 1994 and international events such as Davis Cup ties, the 2008 Commonwealth Youth Games, the Men’s Junior Volleyball World Championship in 2009 and the World Series Boxing in 2011. The Pune International Marathon is held every year in the city in December and attracts participants from all over India and abroad. Enduro 3 is a cross-country race organized in Pune by the National Education Forum.

As in most cities in India, cricket is the lifeblood of sport in Pune. Most evenings and weekends see budding cricketers playing on their patch in any playground or maidan in the city, with attendant spectators commenting on every angle of the game. Those who have had the good fortune to have scaled up the game’s ladder of progress have honed their skills playing at four major grounds - Nehru Stadium, Deccan Gymkhana, Poona Club and PYC Hindu Gymkhana. MCA International Cricket Centre, located at Gahunje, near Pune is the home of cricket today. It is host to Pune Warriors and the Maharashtra cricket team. Inaugurated in April 2012, this 55,000 capacity Stadium boasts state-of-the-art facilities. The Maharashtra Cricket Association (MCA) is based in Pune. The Pune District Cricket Association, which is affiliated to MCA, also contributes its mite to the advancement of cricket in Pune.

Though famous names from Mumbai have overshadowed Pune’s contribution to the game, cricket in the city can hold its own. The game has been played in Pune since 1885. Dinkar Balwant Deodhar was the first accomplished cricketer hailing from Pune. He played first class cricket in the pre-Independence era and in Ranji Trophy matches, from 1911-1948. He was a right-hand batsman and a bowler. The Deodhar Trophy, a zonal tournament, has been named in his honour. Chandrakant Gulabrao “Chandu” Borde is Pune’s most famous cricketer. He donned Indian colours from 1958 to 1970 as a right-hand batsman, scoring a total of 3,061 runs with a career best of 177 not out. After retiring from the team, he was chairman of national selectors twice and also manager of the national team. Vasant Ranjane played for India between 1958 and 1964 as an opening right-arm fast-medium bowler. Chethan Chauhan, who called Pune home, played alongside Sunil Gavaskar for Indian team from 1969-81. The father-son duo of Hemant and Hrishikesh Kanitkar also played for India in 1970s and 1990s.

Other cricketers from Pune who have played for Maharashtra in Ranji Trophy include Surendra Bhave, Santosh Jedhe and Shantanu Sugwekar. The younger crop of players from Pune, who have played for Maharashtra, for Indian A and for various teams in the Indian Premier League (IPL), include Kedar Jadhav, Harshad Khadiwale, Ankit Bhawne, Rohit Motwani and Akshay Darekar. Kedar Jadhav became the first player from the city to score a triple hundred when he scored 327 against Uttar Pradesh in a Ranji Trophy match in 2012.

With IPL fever raging across India, it wasn’t long before Pune was also represented with the Pune Warriors India in 2011. The franchise is owned by Sahara India Pariwar and has had many top international and national players in its side including Yuvraj Singh, Robin Uthappa, Sourav Ganguly, Graeme Smith, Jesse Ryder, Michael Clarke and Ajanta Mendes.

Club cricket forms the bedrock of Pune’s cricketing culture. It is here that talent is spotted and nurtured. Contributing to the nurturing of cricket talent in Pune are a number of academies and these include Aherao Cricket Academy, Deccan Gymkhana, Hemant Kanitkar Cricket Coaching, Ingulkar Cricket Academy, Pandurang Salgaonkar Academy, Poona Club, PYC Hindu Gymkhana and Vasant Ranjane Cricket Academy. 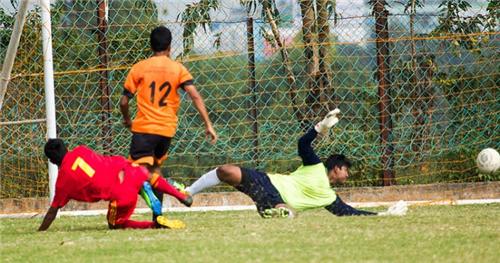 As in most cities in India, football had, for long, an informal presence in Pune too. The game has got a fillip with the establishment of the Indian I-League, a professional league for football clubs in the country. Pune Football Club (FC) was born as a member of the league and made its debut in 2007. It is based at the Balewadi Sports Complex and has as its logo a shield with a monitor lizard. The team made history in 2011 by becoming the first Indian club to play against a member of the Premier English League, the Blackburn Rovers. The establishment of a full-fledged residential football academy by Liverpool FC in Pune in 2014 will advance the game even more.

Tennis in Pune is promoted by Maharashtra State Lawn Tennis Association. It conducts regular coaching camps and organises tournaments in the city and ensures the state team’s presence at the regional and national level. In 2012, Pune hosted Royal Indian Open, a WTA event for professional women tennis players, becoming the fourth Indian city to do so after Kolkata, Hyderabad and Bangalore. Prominent tennis players who hail from Pune include Gaurav Natekar, Radhika Tulpule and Nitin Kirtane. Promising young tennis players include Ankita Raina, Arjun Kadhe, Rutuja Bhosale and Mallika Marathe. Tennis courts in the city are located at the Deccan Gymkhana, the Poona Club, PYC Hindu Gymkhana and the Shree Shiv Chhatrapathi Sports Complex.

Pune’s proximity to the Sahyadris makes it ideal for adventure sport enthusiasts. These include trekking, rock climbing, rapelling, paragliding, white water rafting, kayaking, snorkeling, cave exploring and camping. These activities are organized by private operators based in the city as well as at various resorts.

The forts near Pune make it a trekker’s delight with adventurous trekking trails leading up to forts perched high up on various peaks. These include the forts of Raigad, Shivneri, Lohagad, Torna and Pratapgad. White-water rafting takes place on River Kundalika at Kolad, 114 km from Pune. The water released from Bhira Dam everyday makes it ideal for this activity. Paragliding can be experienced from Panchgani, 102 km from Pune. Snorkelling is another exciting activity which can be pursued at Tarkali beach, near Malvan, 390 km from Pune.

The Gliding Centre of Pune, operated by the Directorate General of Civil Aviation, at Hadapsar Airport offers flying enthusiasts an opportunity to be airborne. Joy rides with trained pilots are available on Sundays while training courses offer a more in-depth experience of the sport.

Pune has a number of sports complexes catering to the needs of its many sports enthusiasts. These include:

The MCA International Cricket Centre is located at Gahunje, Pune. It is the home of Pune Warriors India and the Maharashtra cricket team. Inaugurated in April 2012, this 55,000 capacity stadium boasts state-of-the-art facilities. It is also known as the Subrato Roy Sahara Stadium.

The Nehru Stadium, which has a capacity of 25,000, has played host to a number of cricket matches over the years. Located on Tilak Road, it also offers facilities for coaching.

Situated in the heart of the city, Deccan Gymkhana is one of the oldest sporting venues in Pune. Founded in 1906, it offers facilities for cricket, tennis, swimming, basketball, volleyball, table tennis and billiards. It organises various local tournaments, giving budding talent the opportunity to shine through. Deccan Gymkhana has also hosted various Davis Cup ties.