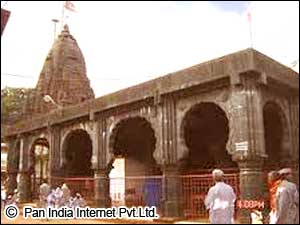 Nestled in Sahyadi Hills, Bhimshankar Temple is located at distance of 125 kms from Pune. It was constructed during Peshwa era as dedication to Lord Shiva. It attracts devotees from all over the country as it is one of the 12 Jyotirlingas in India. You can easily reach this temple by personal car, taxi or state bus. 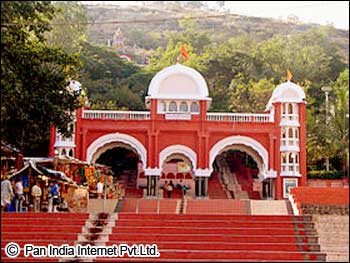 This is one of the most famous and frequented temples in Pune. It is located at the top of a hillock, right in the center the city. You have to climb almost 100 steps to reach there. The temple gets its name from its deity Goddess Chatushringi, also known as Ambareshwari. Due to its green and peaceful surroundings, many people flock to this temple to take a break from the hustle bustle of the city. 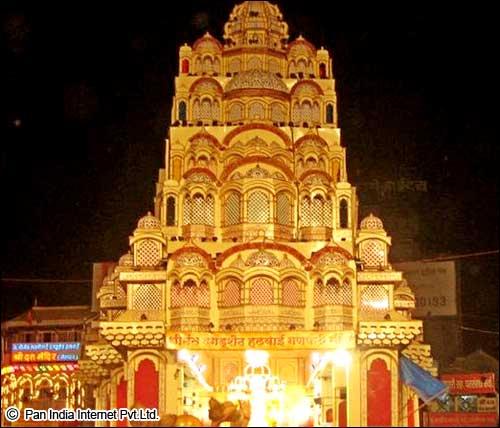 This is a must visit temple in Pune on any tourist's list. Thousands of people from in and around Pune flock to this temple to see 7.5 feet tall idol of Lord Ganesha, especially during Ganesh Chaturthi. The temple gets its name from Dagdusheth Halwai who was a sweet manufacturer and trader and got this temple built more than 100 years back. 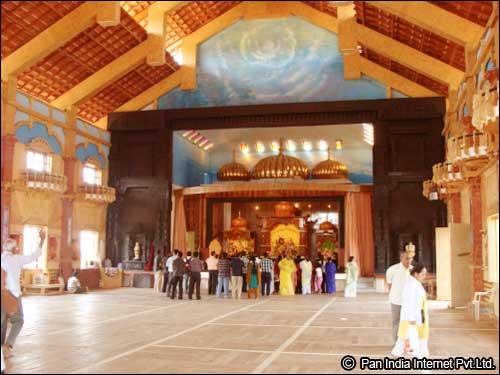 The world popular Hare Krishna Movement is present in Pune too. You can see many locals and tourists visiting this temple to seek the divine blessings. It is a great place to spend some quite time and solitude. And yes do not forget to taste their unique and tasty prasaddam meals.
Address: 4 Tarapoor Road
Camp
Pune - 411001 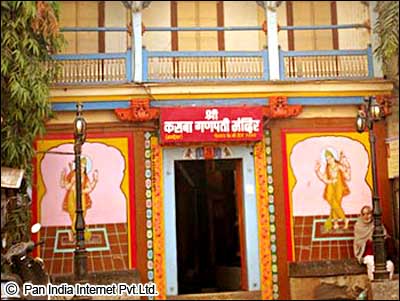 Built in 1639 by Chatrapati Shivaji Maharaj and his mother Jijabai, Kasba Ganpati has the honour of being the first honoured Ganpati in the city. Due to its prominent history, it is known as one of the most ancient temples of Maharashtra. During your visit to Kasba Peth Temple, do not forget to have a look at Shaniwarwada and Lal Mahal which are another two famous monuments in Pune. 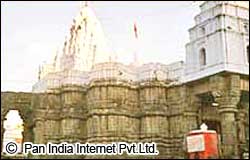 Also known as Jnaneshwar Temple, it proudly boasts of its presence since the times of Sant Jnaneshwar and Tukaram, the famous saints during 13th century. It typically resembles Yadav era architecture and has undergone several renovations since its inception. In the temple, one can still see a reservoir, which was once known to have healing powers for people suffering from leprosy. 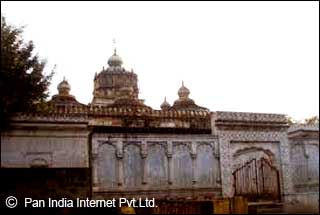 This temple was constructed in the 17th century during the reign of Peshwas. It is one of the most visited temples in Pune due to its extraordinary architectural style visible in its domes, and stone carvings. The temple premise also houses few other small temples dedicated to different Hindu deities. 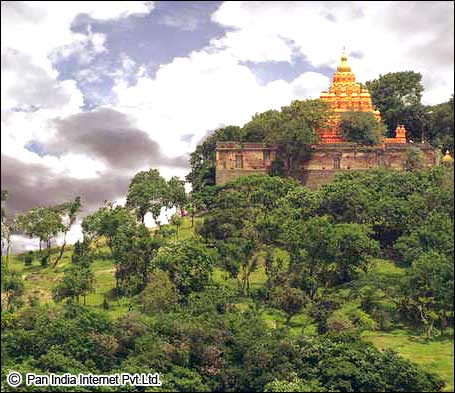 Parvati Hill is a popular tourist spot, especially for trekkers. There are five temples located at a height of 2100 feet from sea level. These temples are dedicated to five Hindu deities: Parvati, Vishnu, Ganesha, Kartikeya and Devadeshwa. Once over the top of the hill after climbing about 108 steps, you can get the most scenic view of entire Pune city. Apart from the temples, you can also engross yourself in the Peshwa museum containing ancient manuscripts, artifacts, paintings, weapons and coins. 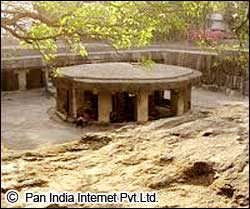 The Pataleshwar Cave Temple articulates its glorious history of architecture which is a natural rock cut cave temple. This Lord Shiva temple dates back to 8th century in the Rashtrakuta period. The rocks of the cave, cut into pillars, seating areas and rooms, are as old as 700-800 AD. The Shiva Lingam is situated in a cube-shaped room. Adorned with ornate carvings, the temple also houses the idols of Lord Rama, Sita, Laxmana, Lord Ganesh and Goddess Lakshmi. 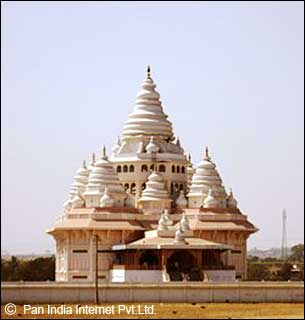 Dehu was the birthplace of Tukaram, the greatest Marathi saint in the 17th century. It is situated on the banks of the river Indrayani.

Alandi is another pilgrimage situated about 22 kms away from Pune. It has the samadhi of the famous saint-poet Dnyaneshwar. It is visited by thousands of devotees during Palkhi, a procession carried out on every Kartika Ekadashi. 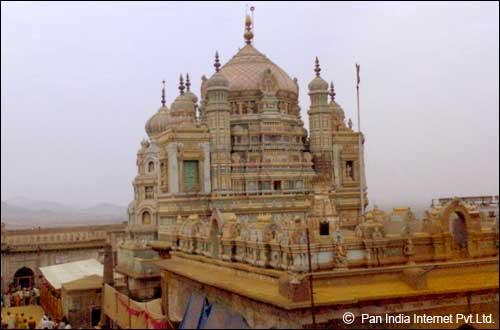 Jejuri is known for the famous temple of 'Khandoba'. An annual fair held here is attended by Hindus in very large numbers.