A trip to Pune is incomplete without a stop by at the prestigious Raja Dinkar Kelkar Museum. This one of a kind Museum not only gives you a glimpse of the rarest of the rare artifacts collected from all over the world but also reminds you of the unconditional love between a father and son. 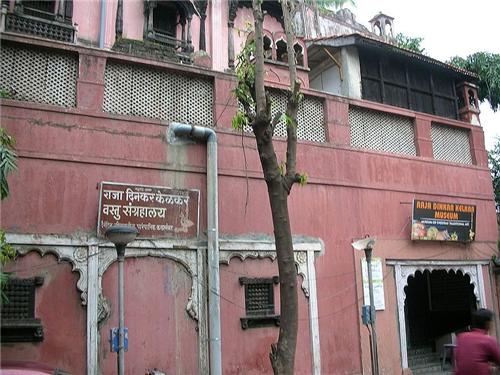 Dr. D.G. Kelkar, brainchild of Raja Dinkar Kelkar Museum, established the Museum in 1962 in memory of his son who died at the age of seven. Deeply moved by his son’s death, Dr. Kelkar resolved to do something for his son. This is how he conceived the idea of a Museum.

The Museum that reminds of a colourful Rajasthani-style building manifests Dr. Kelkar’s love for art and aesthetics. Baba Kelkar had taken care of every detailing in the Museum – right from the elegantly carved teak doors at exteriors to the designs made in the elevator and even sculpting of the snack shop inside the Museum. The myriad collection of 21,000 odd artifacts include objects like writing instruments, toys, pottery, betel nut cutters, hookahs, lamps and various musical instruments. Some of the relics found in Raja Dinkar Khelkar Museum Pune dates back to the Maratha and Mughal period.

A must see artifact is a suit of armour made from crocodile skin and fish scales. Another major attraction of the Museum is the Mastani Mahal. Dr. Kelkar with the help of technicians dismantled a section of Mastani Mahal that was lying abandoned in the forests of Kothrud and shifted it to present location of the Museum at Bajirao Road. The Mahal - furnished with rich, bright and elaborate designs - represents the perfect bed chamber of Bajirao’s dearest Mastani. The Mahal gives you a feel of a palace inside the Museum.

A tambool collection that belonged to the emperors of 18th century can also be seen in the Museum. This collection includes an interesting and brilliantly designed set of betel nut cutters, spittoons and lime containers. Shields, daggers, canons and various other artilleries used during the wars are also exhibited. 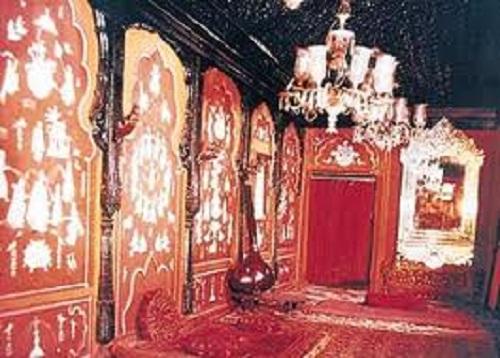 The ground floor of Raja Dinkar Kelkar Museum in Pune exhibits potteries and vessels of 18th and 19th century collected from Maharashtra, Gujarat and Kerala. Most of these utensils are made of copper, brass and terracotta. Look out for an interesting vessel called Dabado, which Baba Kelkar managed to get hold off in Gujarat. Dabado was mainly used to transfer dowry items in Gujarat.

Idols of goddess Parvati, Lord Ganesha and Shiva and paintings depicting the epics of Mahabharata and Ramayana are also displayed in the Museum. The beautiful chitrakathi paintings are one of the highlights of the Museum. Don’t miss out the intricately designed silver ornaments and ivory objects made during the Mughal era.

The Vanita Kaksha, in the new building of Raja Dinkar Kelkar Museum, displays the daily used toiletries by women during emperor rule like foot-cleaners, combs, vermillion caskets, mirrors and collyrium boxes. These items show the innovativeness and brilliance of people living during early period.

The Museum also has a library and a laboratory that will help one to get an insight of India’s rich and colourful past. A visit to Raja Dinkar Kelkar Museum in Pune will surely transport you to the days of Emperor Rule.

The Museum is centrally located and the best mode of transportation is by bus or auto in Pune.