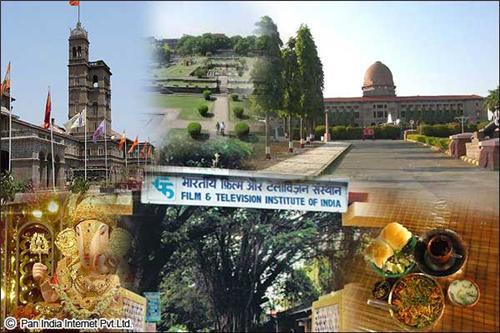 Pune is also known as the Cultural Capital of Maharashtra. Verdant hills and beautiful lakes near Pune are one of the prime getaways. From caves to beaches, from centuries-old temples to the modern architecture, Pune is the potpourri of the old and the novel.

Osho Ashram also makes it to the must see list of the Pune visitors. Its green and tranquil surroundings lure thousands of people from around the world to visit the Ashram.

Once ruled by the Marathas, Pune is also a home to various forts like Rajgad Fort, Pratapgad Fort, Lohagad and Visapur Forts. There are several hill stations around Pune. Lonavala, Khandala, Mahabaleshwar and Panchgani are some of them. Jejur Temple, Pataleshwar cave temple and Chaturshringi Temple and Japanese Garden are other prominent tourist spots for the Pune visitors.

How to Reach Pune

Pune is well connected with Mumbai. If you are starting from Mumbai, Pune can be reached by road in less than four hours. Some of the best trains that run between Mumbai and Pune are: Deccan Queen, Deccan Express, Indrayani, Pragati Super Fast Express and Shatabdi.

Pune airport is located in Lohegaon and is only 10-12 km from the city. The Pune airport has recently acquired the status of an international airport. Indian cities like Delhi, Mumbai, Chennai and Bangalore are well connected to Pune through air.

To make your travel easier, here are some important contact numbers.

Pune tourism has a lot to offer to the tourists. In spite of this, it has not been able to position itself as the must-visit destination due to various reasons. However, the tourism scenario in Pune has undergone a positive transformation and now attracting visitors from every corner of the world.