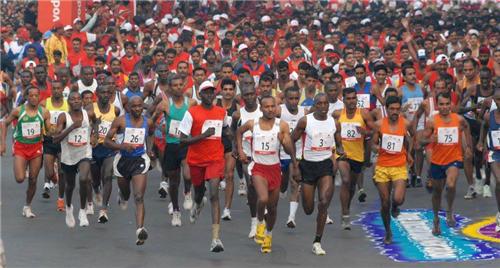 History of Marathon in Pune

The first national marathon in the country, initiated by Deccan Gymkhana, was held in 1919. The event was a milestone which proved the fact that the sport has scope and interest in the city. However, due to several reasons the event was shelved for a long number of years. It was only in 1983, Member of Parliament Suresh Kalmadi christened the occasion on September 25 with the title of Pune International Marathon. The task, however, was not easy and it called for several hurdles and obstacles but with genuine efforts from Suresh Kalmadi and others the Athletic Federation of India allotted Maharashtra the Marathon events. And thus came into being, after huge persuasion, the Pune International Marathon. As soon as it got executed it became a trendsetter and a huge success for Punekars. It is the most anticipated running event in Pune.

Run For a Cause 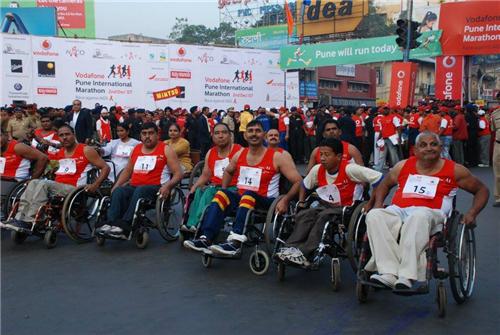 Pune International Marathon is a charitable run which is supported for many social causes and to raise funds for the same. Support for HIV/AIDS patient is an important cause which has been initiated year after year and money for the same is raised. Many corporates extend their hands to support the cause. Different themes are there for different year. The theme for 28th Pune International Marathon 2013 is run for Mother.

The greatest characteristics of Pune Marathon is its exclusive features which attract not only the greatest and successful runners of the country but also involves various foreign runners participate actively year-after-year in the event. It is an event where the Indian Marathoners get a chance to brush their shoulders with the foreign Marathoners. The Marathon is conducted through several categories like full marathon and half marathon. To describe in detail, a full marathon is a foot race of 42 km. This is organized only for males. Half Marathon is there for both male and female covering a distance of 21 km. There is also a category of 10 km running for both men and women. There is also a charity theme run which is dedicated to the person whom they love the most for their entire life, their mothers. However, it’s a short run of 6 kms.