Pune - the Cultural Capital of Maharashtra - is proud to borne the Maratha heritage. But it is not only tradition that complements Pune, it is also the youths who introduce modernism and fresh intellectual thoughts, that help to shape a beautiful present and a better future for the city. 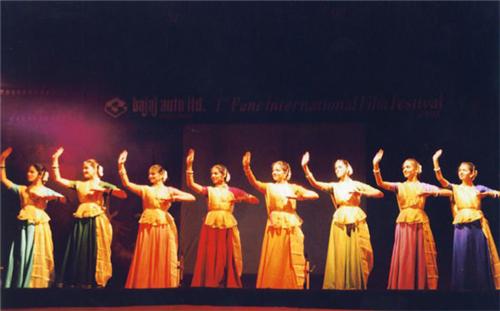 A similar thought, inspired by the city’s love of the celluloid, along with the growing popularity of Film and Television Institute of India, the premier school of Film studies in India and National Film Archive of India, is Pune International Film Festival or PIFF.  PIFF was ‘born’ in 2002 with the sole motive to attract more film enthusiasts into it and let the love of cinema reach higher genre.  With each passing year PIFF has proved itself to the world its excellence, by featuring brilliant cinema and its art-related forms.

PIFF has given new dimensions to cinema. It holds the responsibility of searching out the finest artistes who perform various art forms. The first PIFF went off with a dazzling start with the association of many legendary figures, where Bollywood actor and Union Minister of State for Tourism and Cultural Affairs Vinod Khanna inaugurated the show in 2002. Since then cinema has taken over new heights through this medium and paved the way for more excellence.

PIFF has grown in several ways since it began to function in 2002. Today they honour and reward not only Marathi cinema but world cinema and student film too. There are specific rules and entry forms for each movie.  As stated, there are rewards for the best international film and best international director with prize money of Rs 10 lakhs and Rs 5 lakhs respectively from the Government of Maharashtra. Marathi cinema is also rewarded under best film, best director, best screenplay and best choreographer by the state government. The most encouraging special award given by PIFF is the award given to student of final year direction of Film and Television Institute of India which marks new talent and fresh ideas. However, to receive recognition and rewards one must visit the official website of PIFF to understand the rules and regulation for each entry. The entries are carefully studied and explored by the Jury who are among the prominent figures in the art form. The Jury of PIFF includes Dr Resul Pookutty (India), an Academy award winner sound designer, Mr Christoffer Boe from Denmark, Ms Katalin Vajda (Hungary), a member of European Film Academy, Mr Kamal Abdel Aziz (Egypt), the President of National Cinema Centre in Egypt, Ketan Mehta (India), a film maker with 30 years of experience and other similar eminent personalities from across the globe.

Since 2002 PIFF has grown in several ways. In the first year the number of films entered was 50 from eight countries whereas in 2012, the figures scooted up to 250 films from more than 50 countries. In the first year the presence of delegates was limited to 1,800 but with the growing popularity and finest cinema on board the interest of delegates have increased and in 2013 the number of delegates attended rose up to 9,000. Not only it has brimmed with success with each passing year it has been successful in delivering the due respect in the mode of life time achievement award to legendary and world famous artistes like Lata Mangeshkar, Dev Anand, Mrinal Sen, Amitabh Bachchan, Shakti Samanta, Yash Chopra and many others.
From 2010 PIFF introduced S D Burman award to respect excellence in music; this award is given to elite personalities of the field. As of 2013, the award was given to Pt Shiv Kumar Sharma and Pt Hari Prasad Chaurasia. The life time achievement 2013 was presented to Ramesh Deo and actor Jeetendra. As of foreign films, Pune film festival has recognized and awarded some of the best films like The Child (Belgium), White Lightning (UK) among others. In 2013, it awarded the film Barbara from Germany and Rogrigo Pla as the best international director.

PIFF promises to deliver a bigger and a better event in 2014. It is true that PIFF has slowly become an annual event and it provides a greater insight to cinematic world across the globe. The 12th PIFF will take place from January 9, 2014 to January 16, 2014 and the venues are City Pride, Kothrud, and City Pride Abhiruchi, City Pride R-Deccan, City Pride Satara Road, National Film Archive of India, E-Square and Inox. The theme for the event will be selected through a competition among talented students who wish to explore their imagination in this art. The winner of 2013 theme will be provided a cash prize of Rs 10,000 and a trophy from PIFF. Further details can be fetched from the official website of PIFF.