Pune is one of the most populous cities of India, with over 50 lakh residents. The rapid modernisation, migration of skilled labour from other states, world-class educational institutions and a good standard of living are among few factors which make Pune a preferred city to live. Hence, there is an increasing demand for private and public transport for the mobility of people.

The Pune transportation system can be broadly classified in two categories: Public and Private. 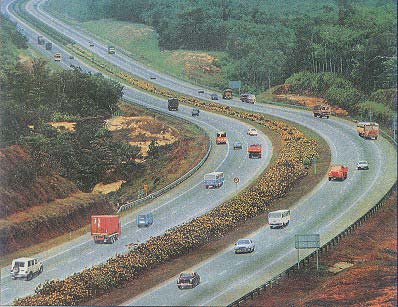 Pune Mahanagar Parivahan Mahamandal Ltd (PMPML) offers bus services to the citizens of Pune. The buses run in the Pune city, Pimpri, Chinchwad and other adjoining areas of Pune. PMPML falls under the control of Pune Municipal Corporation (PMC).

Currently, there are 10 operational bus depots that PMPML offers:

Maharashtra State Road Transport Corporation (MSRTC) offers bus services for the people travelling between Pune and other cities of Maharashtra.

Pune Metro Rail has already got a green signal from Maharashtra government. It was proposed in 2008.

Those who wish to take a flight to other cities can avail services of several domestic airlines operating from Pune airport which is managed by Airport Authority of India.

Most of the residents of Pune commute by personal vehicles such as bikes, scooters, cars, bicycles or privately-owned vehicles such as, taxis and auto-rickshaws. Few people commute through the company buses arranged by their employers.

There are various inter-state buses run by private operators.

The ground transport vehicles such as buses, two wheelers, cars, autos, etc are the most frequently used mode of transport in Pune. Even the commercial carriers of goods prefer trucks and similar vehicles for their operations. Hence there is a core need to provide an effortless and efficient ground transportation system to the public.

Local administration agencies that work to maintain and regulate the transport, traffic and road infrastructure in Pune are as follows:

Pune Traffic Police (PTO) is responsible for traffic regulation and safety in Pune.

Sadly, the transportation system and supporting infrastructure in Pune lacks far behind the other metropolis cities of the country due to the following issues:

In order to deal with these challenges, the concerned agencies of the city have chalked out an elaborate plan which will make the local and state transport in Pune easily accessible to the residents as well as the visitors.

If successfully implemented, the comprehensive mobility plan will meet the mobility needs of Pune residents for at least next 15 years.

Explore more about Autos in Pune