Pashan is a suburb located close to Yerwada, another popular locality in Pune. This area is mainly occupied by residential complexes with large portions of the locality occupied by governmental buildings and educational institutions. The word Pashan literally means rock or stone in Sanskrit or the local Marathi language. As Pashan is located on the Mumbai-Bangalore National highway, it is also the main leading road to the Mumbai-Pune Expressway. Pashan is surrounded by important localities like Bavdhan located in the south, Baner situated in the north, the Pune University located in the east and Sus village which is to the west. 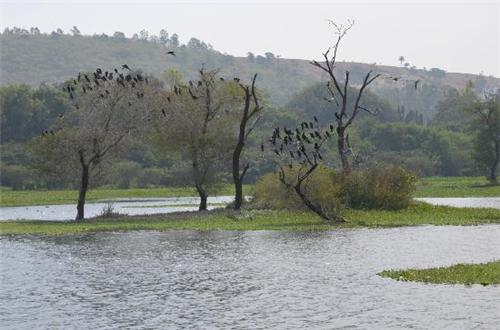 The Pashan Talav or Lake is a catchment area, formed not naturally but planned and built by building a bund across a small rivulet. It fulfils the water needs of the old Pashan village and for agricultural purposes all year round. The lake and its adjoining areas attract migratory birds which has made Pashan a popular spot with bird watchers. The Pune Municipal Corporation has also constructed a footpath which is 300 metres long. It is a nature trail along the path of the lake and one can glimpse small animals and birds in their natural habitat. A bamboo plantation and a wall around the lake have also been built to protect the lake and entice birds for watchers.

Due to the deforestation that has been taking place in the nearby hills have caused silt formation which has resulted in the lessening in the deepness of the lake. A kind of a weed that has been growing in the lake has also been responsible for the deterioration of the area as it prevents other plants from growing there. Washing of vehicles is another contributing cause to the pollution with the adding of oil, garbage and petrol to the waste water. The Pune Municipal Corporation has been working towards improving the filtration of the water and reactivating the Pashan purification plant. 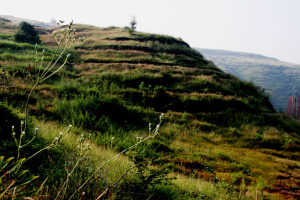 The area around Pashan is hilly. The land around it is owned by the state government who have proposed a biodiversity park to be constructed in the area and will be called the Baner-Pashan Biodiversity Park. The top of the hills around Pashan have a flat and dome-shaped topography which is formed by rocks and soil. A fair number of the gypsy community also live in the hills surrounding Pashan.

A temple dedicated to Lord Balaji, Balaji Mandir, is located on the junction of one of the main Pashan road. This temple is a major landmark in the area since its construction began in 1998. An old Shiva temple has also existed in Pashan on the banks of the Ramnadi from the times of Chatrapati Shivaji Maharaj. 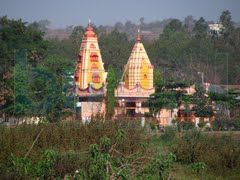 The people of Pashan also take up tree plantation drives to preserve and maintain the ecological balance of the area. A once a week vegetable market in Pashan is also on everybody’s itinerary. Pashan is an amalgamation of the new and the old, the urban and the rural. On any normal day in Pashan, one can see the gypsy women from the surrounding hilly areas in interesting, colourful costumes and elaborate jewellery.

Pashan is well connected to other important areas like Aundh, Baner, Sus Village, University Square and Bavdhan by way of well built roads and transportation. The train Shivaji Nagar Railway and Bus Stations are about 20 minutes away and the airport is about 40 minutes away from here Suttarwadi, Abhinav College and Pashan village are the important stops for the PMPML buses that serve the passengers, especially the ones who commute daily. Buses are availavble to go directly to Pune Station, Marketyard and Deccan Gymkhana and other important localities from these stops.