Media is one of the strongest and most influential medium shaping the political, cultural and social milieu of world’s largest democracy India. Today media, be it television, print, radio or internet has reached out to the most remote parts of the country. Pune being the Cultural Capital of Maharashtra sees a strong press network in the city. Apart from regional newspapers and television channels, there are a number of bureaus of national dailies and broadcast. Let’s take a look at the media houses in Pune. 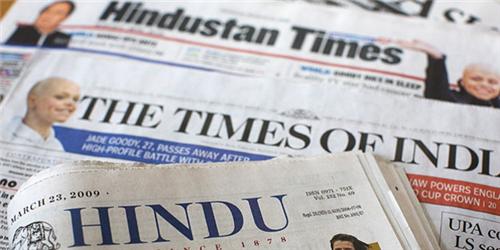 Marathi is the dominant language in Pune and thus more powerful. Some of these regional papers came into existence way before India's independence and have played a pivotal role in infusing patriotism in people's mind. Regional newspapers that have a wide readership today in Pune are:

Thanks to two-hundred years of British imperialism, English is an equally important language as any other regional languages in India. A host of English dailies that originated during the British era continues to play an influential role. Wide-readership of English dailies have propelled in the emergence of many other English papers. English newspapers that Punekars read the most are:

New agencies also known as newswire or news service are organizations comprising journalists who supply information or news to the media. Pune has a number of such organizations. They are:

With the advent of television, the conception and approach towards news have changed drastically. People get to know and see instant news coming from every corner of the world. Television news channels have definitely made people more aware and knowledgeable. Some news studios having their base in Pune are:

Even though radio as a news broadcaster has lost its prominence years ago, the love for the media as an entertainment and music channel has recently reached a new height. Privatization of radio channels has regained its lost listeners and radio is now a flourishing industry. Popular FM radio stations in Pune are: