Maharashtra is home to beautiful hill stations. Malshej Ghat is another wonderful hill station which is gaining concentration by the enthusiasts in the recent years only. Malshej Ghat, a mountain pass in the Sahyadri range (The Western Ghat) is situated in the Pune district. The place is infamous for being notorious during the monsoon as huge landslides happen in this region every year. But otherwise, this region is rich in numerous flora and fauna and is a heaven for the avian creatures. 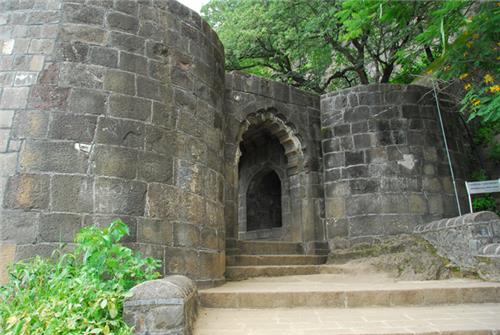 Places in and around Malshej Ghat

Apart from its enchanting views, this place holds some other historic values as well. Around 40 km away from Malshej Ghat, there is Shivneri Fort which is the birthplace of the Maratha Veer Chhatrapati Shivaji Maharaj. He spent his childhood here in this fort. The fort got its name Shivnery after the temple of goddess Shivai Devi which was built inside the fort. A few statues of Jijabai, mother of Shivaji and the little Shivaji himself are still there at the fort. Not only that, this solitary place has a few Buddhist caves which date back to approximately the third century AD.

The Hill Fort in the Ahmednagar district, Harishchandragad is very near to Malshej Ghat and can be visited during the trip to this hill station. The tourists are recommended to visit the Pimpalgoan Jog Dam near this Malshej Ghat. This dam is built across the Pushpavati River and gives a magnificent view of the surroundings. The beauty of Malshej Ghat increases particularly during the rainy season. The monsoon rain fills up the cracks of the hills and the waterfalls become animated in the most amazing ways. The water slips from the falls on the serpentine roads of the hill and soaks up the entire Malshej Ghat. These falls are the natural attractions of this place during this season. Near Malshej Ghat, there is another attraction for the tourists, the Vigneshwar Temple. This old temple is situated near the Junnar town. 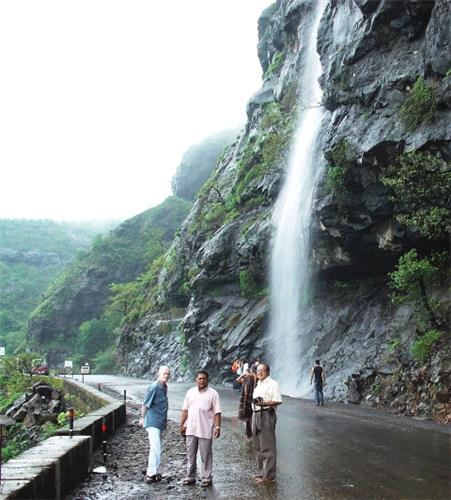 How to reach Malshej Ghat

Malshej Ghat is 130 km away from Pune and 154 km far from Mumbai. It is located at the borders of Thane and Ahmednagar districts. Kalyan is the nearest railway junction. And the nearest airport is the Pune International Airport which is around 98 km away. Situated at around 2200 ft height, Malshej Ghat becomes centre of attraction during June-Sept as many waterfalls come alive with extraordinary view of natural rhythm.

Though Malshej Ghat mainly entices the rock-climbers, trekkers, hikers and the adventure seekers, any nature lovers would surely enjoy the exotic climate and natural features of the place. The best and the safest time visit Malshej Ghat is in the months of October, November, December and January but during the monsoon season (from June-September) Malshej Ghat becomes even more beautiful. The monsoon season in Malshej Ghat usually brings misfortune for the small avian creatures that nestle mostly among the cliffs of the hills.

The strong wind, thick fog and heavy rainfall ruin the lives of many birds and sadly this place thus becomes a graveyard for the small birds. But during the winter season, Malshej Ghat becomes home to various migratory birds. The most amazing incident is the beautiful mating dance of the pink-legged Flamingos.

There are two popular hotels are there in Malshej Ghat. The one is managed by the Maharashtra Tourism Development Corporation (MTDC) and the other one is the Sushant Resort. A few more hotels were built recently considering the rising popularity of this hill station.