One of the major factors contributing to the development of Pune is the educational facilities that the city has to offer and its advancement into an IT Hub. This lead to a multitude of people from all over the country pouring into Pune in search of newer opportunities due to which many commercial centres, SEZ zones and IT complexes have come up in Pune. One such locality to come up because of the IT boom is Magarpatta. 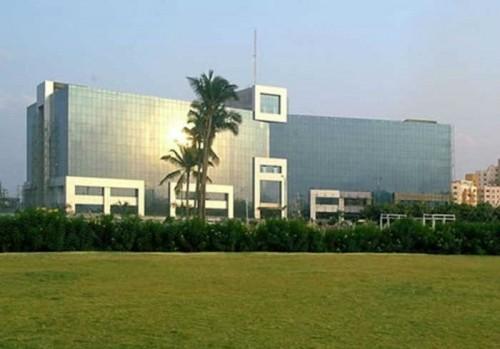 Magarpatta was originally multiple plots of farm land owned by a farmer community called the ‘Magars’. The farm land that they had been cultivating came under the auspices of the Pune Municipal Corporation from 1960, although officially the land was earmarked an agricultural zone or area. But in 1982, this piece of land was categorized as a 'Future Urbanisable Zone' by the Pune Municipal Corporation in its preliminary vision for future development plan of this area, following which it entailed that the PMC would easily be able to take over the land to develop it bound by the 'Urban Land Ceiling Act'.

A group of 123 families comprising of the Magar family along with their closest neighbours decided to develop the property on their own. Creating a pool over well over 400 acres, they requested the help of architects, most notable amongst them being Hafeez Contractor, to outline a plan for a private urban township which was then tendered to the necessary officials of the various departments of the state administration handling the project for approval. A company was formed so that every family got a share which was equivalent to the size of their landholdings. The Managing Director of the company, Satish Magar has registered the company under the name of Magarpatta Township Development and Construction Company Limited.

Magarpatta – A Self Sustaining Society

Magarpatta City is a smaller metropolitan area also known as a satellite township of Pune. It has been built over 430 acres of land in the village of Hadapsar which is located on the fringes of Pune. Magarpatta was envisaged to be primarily a business area influenced by the Information and Technology sectors which has led to the boom of development in Pune with important organisations like WNS, Tata Communications, John Deere Technology Centre and many more based here. The emphasis during the building of Magarpatta city has always been perfect environment control, high standards of living, first rate educational facilities and ultra modern and futuristic working conditions. Magarpatta City is a self-sustainable society which provides its residences everything located at a stone's throw away, which include workspace, schools, colleges, accommodation, restaurants and hotels, recreation and entertainment facilities, shopping and lots more. 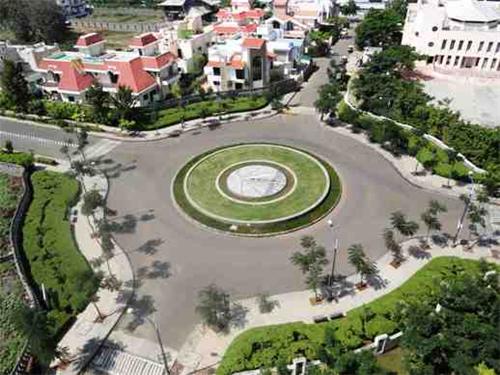 Magarpatta City accommodates residential, corporate and IT zones which also includes a number of SEZ towers. This suburban township also accommodates a plethora of comfortable residential buildings and large bungalows named after different kinds of flowers, two primary and secondary schools, a hospital called Noble Hospital, restaurants and shopping malls like Destination Centre, Mega Centre and The Magarpatta City Seasons Mall that has a state-of-the-art multiplex theater. Magarpatta has a large circular garden which has been laid out in the centre of the Cyber City for recreation and beautification purposes named Aditi Gardens.

Magarpatta, Imbibing the Wheel of Nature

Magarpatta City has been designed to revolve around the Rutu Chakra which is the Eternal Wheel of Nature. The gardens in the city have been laid out geometrically to correspond to the six seasons of the year with shrubs, flowers and trees belonging to that season so that some part of the city is always in bloom.

Magarpatta also celebrates the five basic elements of life also called the ‘Panch Maha Bhootam’. The city identifies these elements as an important and homogeneous feature of an extremely important growth and with the help of beautifully manicured circles which are located at prominent areas in Magarpatta City based on their appointed orientations has created monuments dedicated to these five elements.

Magarpatta is a lush-green, pollution free Oxygen Zone which is fast making it one of the most sought after neighbourhoods in Pune. One of the most notable achievements of this place is that over 120 acres of this township is covered by trees.