Pune has been called by many names over the years. ‘The cultural capital of Maharashtra’, ‘The Oxford of the East’ and it is known all over for its high quality educational facilities and cultural prosperity. Each locality in Pune has contributed in some way or the other to make Pune what it is today. One such locality is Koregaon Park. 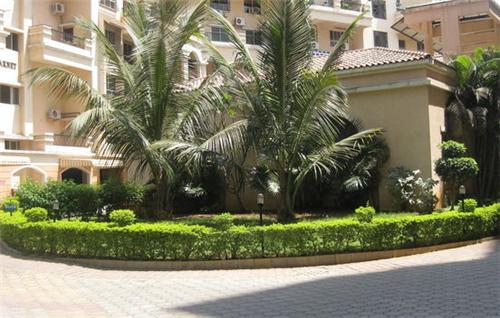 Koregaon Park or as it is popularly known, KP may just be the poshest and classiest address in the city of Pune. It is primarily known as a residential place, known for massive mansions and quaint bungalows juxtaposed against plush residential complexes. KP is lush green which just adds to the charm of the area. With tree lined roads and lanes which provide a comforting green cover, Koregaon Park is certainly one of the nicest areas in Pune. It is spacious with wide roads which are kept extremely clean thus giving one the feeling of being in a different place altogether. Koregaon Park attracts the elite in India and one can find a lot of foreigners living here, especially those visiting the Osho Ashram. It is considered to be one the 'expat' areas of Pune. 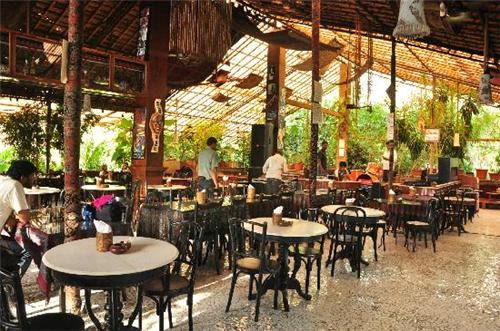 This locality is known for its numerous restaurants, almost all of them offering international cuisines. cafes and bars dot this area in plentiful numbers.The infamous German Bakery, which had been destroyed in the bomb blast of 2010 is also located here as is the notoriously famous Osho Ashram. The newest attractions to have made Koregaon Park their home is the international coffee chain Starbucks which has opened only recently. For music lovers who enjoy eating good food there is the Hard Rock Cafe and for people who like to shop or relax while enjoying their meal there is the Westin Hotel and the Koregaon Park Plaza Mall. These additions have helped enhancing KP's popularity even further. High Spirits is a well-known drinking joint amongst the youth which offers decent food and is located at the ABC farms. The hookah fad which has also caught up in Pune can be indulged in at Sheesha which is also located in the same area. Burger King is a small run down cafe, which offers deliciously juicy burgers for prices as low as Rs 30 for veg burgers and Rs. 40 for non-veg burgers is also located at the ABC farms. For a classier dining experience, food gourmet restaurants can also be sampled at a matching price. Other hep attractions like a tattoo parlour make Koregaon Park one of the snazziest places for youths in Pune as well as a food lovers' paradise. 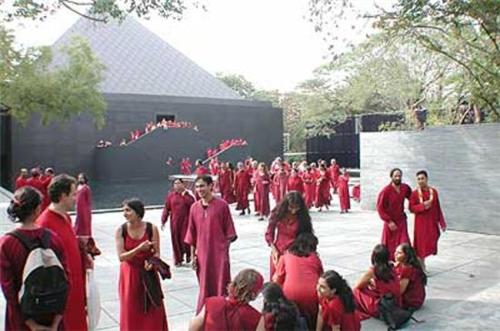 Koregaon Park is also the site of the infamous Osho Ashram – now known as the Osho International Meditation Resort. The Osho Ashram is an attraction for thousands of international tourists who wish to take part in the numerous courses which are organized by the Ashram. Osho Rajneesh, who has a Samadhi dedicated to him inside the Ashram, is the founder of this institution. The facility also has beautifully appointed gardens which are kept open to the public in the mornings and evenings. This is a place where you can simply relax and at the same time also enjoy the company of visitors of all ages from countries all over the world. You can choose to want to do something, or if you just rest, swim, meditate — or just be. The Osho International Meditation Resort that is in existence today is a lavish improvement on what was originally started, and is very plush looking from the outside; it is made entirely of expensive marble which is black in colour with water fountains and man made waterfalls everywhere, and peacocks freely roaming the gardens which are maintained immaculately.

The offerings of the Ashram vary greatly between meditation and other activities. Some of them include tennis courts, archery facilities, painting, singing, music, tarot, hypnosis, gibberish classes, dancing meditation, re-birthing therapies as well as swimming and the list goes on. It is one of the most idyllic places in Pune.

The neighbourhood has the well-equipped multi-speciality Inlaks Budhrani Hospital. Koregaon Park also boasts of the Home for the Blind, which takes care of people with blindness and strives to help them learn vocational activities to help them earn a small but much needed earning, and is located right on the North Main Road. With two main roads connecting to other upcoming localities in the vicinity and the Pune International Airport located less than half a kilometre away, Koregaon Park is one of the most beautiful places in Pune.