Pune has witnessed tremendous growth in the last decade. As one of India’s foremost industrial and IT hubs, it has attracted professionals from all over the country. Automotive industry has a conspicuous presence in Pune. Many research institutions are also located in and around the city. A number of students from within the country and abroad study here in renowned institutions. Pune’s central business district includes Koregaon Park, Camp, Shivaji Nagar, Swargate, Deccan Gymkhana and Ganeshkind. Areas of Baner Road, Pashan Road, Hadapsar, Pimpri-Chinchwad and Hinjewadi are also seeing rapid growth. The Pune Metropolitan Area includes the township of Pimpri-Chinchwad. The infrastructure in Pune is rapidly extending towards the areas of Mahalunge, Kirkatadi, Lohegaon, Shivane, Dhayari and Shiwalewadi. To manage the fast-paced development of the city, Maharashtra government is all set to constitute Pune Metropolitan Region Development Authority. 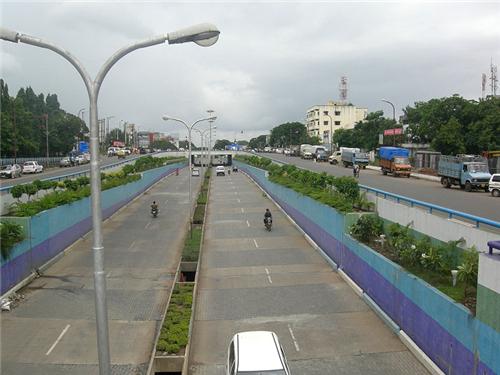 Hadapsar is the location of two special economic zones in Pune – Magarpatta City and Fursunghi IT Park. About 11 km from the city centre, many industries and corporation are based here including IBM, Mphasis, Aviva and Honeywell. Magarpatta City was envisioned as a well-planned township with all modern amenities. It was developed by the landowners themselves in association with renowned architects. It includes residential, commercial and industrial space and is one of Pune’s prime localities.

Pimpri-Chinchwad is an industrial suburb, 16 km from Pune city. It is home to major national and international corporations including Hindustan Antibiotics Ltd., Bajaj Auto, Tata Motors, Thermax, Daimler Chrysler and ThyssenKrupp. The area has its own municipal corporation.

The Pune Municipal Corporation (PMC) has initiated a number of developments to support the infrastructure in Pune and these include:

Water supply and sewerage in Pune is also handled by the municipal corporation. The city is dependent on catchment areas in the Sahyadris for its water supply. The reservoirs which supply water to the city are at Khadakwasla, Panshet, Warasgaon and Temghar. Water procured from these dams is pumped in to the city and distributed through a network of pipelines after being treated at various plants. Rainwater harvesting is also being encouraged by Pune Municipal Corporation. The four new sewage treatment plants have increased sewage treatment which earlier used to flow untreated into Mula Mutha Rivers.

Electricity in Pune is supplied by the Maharashtra State Electricity Board which procures electricity generated by thermal power plants and hydro-electric power plants in the state. The use of solar energy has become increasingly popular in Pune especially for water heaters.

Pune is served by NH 4, 9 and 50 which connect the city to Mumbai, Bangalore, Chennai, Hyderabad, Vijayawada, Nasik, Satara and Kolhapur. The Mumbai-Pune six-lane Expressway which connects two major cities of Maharashtra was the first of its kind in India. It is 93 km long and can be covered in two hours. The Pune-Solapur Expressway is a four-lane tolled carriageway which has considerably reduced the time to travel the 110 km between the two cities. Pune-Bangalore Highway is being widened to six lanes from Dehu to Katraj.

The bus service in Pune is run by Pune Mahanagar Parivahan Mahamandal Ltd. (PMPML). It has a fleet of more than 1,000 buses operating 282 routes all over the city. The main bus terminals in Pune are Swargate, Pune Station and Shivaji Nagar. A number of private operators augment the public bus service in Pune.

Pune Railway Station is a major rail head in western India, connecting the city to all parts of the country. The major routes passing through here include Mumbai-Chennai, Pune-Bangalore, Delhi-Pune, Thane-Pune, Pune-Hyderabad, Ernakulam-Pune, Pune-Tirupathi, Pune-Kolkatta, Pune-Goa, Pune-Jaipur, Pune-Jammu, Pune-Lucknow, Pune-Bhopal, Pune-Bhubaneshwar and Pune-Kanyakumari. Many trains link Pune to Mumbai throughout the day and there are plans to make this available every hour. Pune also has a suburban railway service which operates to Lonavala, Talegaon and Daund, serving the vital needs of passengers living around Pune. Pune is also one of the stops on the Deccan Odyssey, a luxury train which operates on the lines of the famed Palace on Wheels. The development of a bullet train from Pune to Ahmedabad, proposed at a cost of Rs 56,000 crore, will be another feather in Pune’s cap. 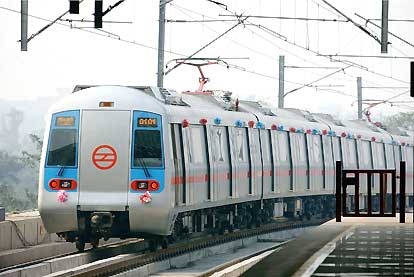 The Pune Metro, an undertaking of the Pune Metro Rail Corporation, envisages linking ends of the city in two phases and is expected to be operational by 2018. In the first phase, Chinchwad will be connected to Swargate and Vanaz to Ramwadi. In the second phase, Deccan Gymkhana will be lined to Bund Garden and ASI to Hinjewadi. The main lines will have extensions to Katraj, Kharadi, Viman Nagar, Varje, Vishrantwadi, Hadapsar and Chakan.

To add to the infrastructure in Pune a new International Airport at Chakan, Pune has been planned. The existing airport at Lohegaon has been modernised with two new terminal buildings and is expected to have a dedicated cargo facility.

Compressed Natural Gas (CNG) is available in Pune. The city has more than 23 CNG outlets. An additional 15 are being planned to cater to the increasing demand.

Pune hosts various sports complexes. Cricket coaching camps are also organised here. The MCA International Cricket Centre is a state-of-the-art stadium with a capacity of 55,000. It is the home of Pune Warriors India and the Maharashtra cricket team. The Shree Shiv Chhatrapathi Sports Complex was the venue for the 2008 Commonwealth Youth Games.