Until the 1980s, Hadapsar was a village in the eastern part of Pune. With the development of Magarpatta city and Fursungi IT Park, Hadapsar is changed into an industrial suburb of Pune. The presence of Mastani Lake, Theur Temple and The Gliding Centre-run by the Civil Aviation Department boost tourism in the area. Major real estate projects like Magarpatta City and Amanora Park have changed the face of Hadapsar. Hadapsar also has a fairly cosmopolitan crowd and also boasts of green zones and zero pollution zones. 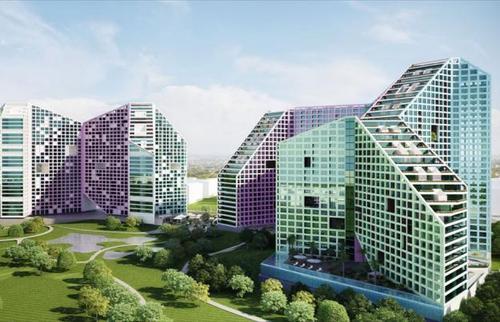 Hadapsar has now become an extremely important part of Pune. Two SEZ are located in this area. Hadapsar is home to many well-known industries like John Deere, Kirloskar, ADB, Serum Institute of India, Gits Food Products, Bharat Forge, Honeywell, Indian Hume Pipe Factory, EDP and Accurate. Hadapsar is also home to many popular Information Technology and Knowledge Process Outsourcing companies like Compsoft, Tata Consultancy, IBM, Emphasis, Accenture, BNY-Melon only to name a few. Magarpatta City, a major IT Hub along with a residential complex spread over 400 acres is also located at Hadapsar. 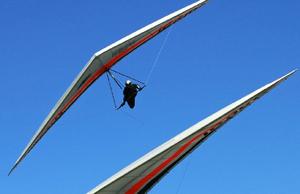 Gliding Centre: Pune has been the fore front of gliding in India since 1927. The Directorate General of Civil Aviation, Civil Aviation and the Government of India have collectively undertaken a mammoth project of starting The Gliding Centre, Pune at Hadapsar. In order to promote gliding, the Government of India has subsidised flying operations at the Gliding Centre, Pune. Thousands of people from across the country have experienced gliding in Pune and tremendously enjoyed the experience. Apart from offering gliding as a form of leisure, The Gliding Centre also offers training to people aiming to be aspiring pilots. Gliding season in Pune typically starts after the monsoon season and continues till the onset of the next monsoon.

Kanifath Temple: This temple is believed to be a creation of the Navnaths. The temple is a delight to architectural enthusiast. A small cave is located inside the temple which is barred to women.

Theur: This place is a major pilgrimage centre and is home to the Chintamani Ganapati Temple. This temple is part of the Ashtavinayak series spread all over Pune. It is believed that Lord Brahma found lasting peace of mind at this place by the seeking the help of Lord Ganesha.

Tukai Tekadi: This is a hill located near at gliding centre at Hadapsar. A temple of the goddess Tukai gives the hill its name. One can get a panoramic view of Hadapsar from the top of this hill. This place is also a favourite amongst the health conscious. The area around Tukai Tekdi is planned to be developed as a residential area. 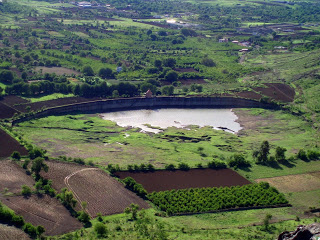 Other attractions like Mastani Talav and the Sant Dnyaneshwar and Sant Tukaram Palkhis going to Pandharpur pass though Hadapsar making this place a fairly popular tourist attraction.

Amanora Town Centre: This is a society with all amenities and a shopping mall in Hadapsar. It offers major recreational activities for everybody.

Seasons Mall: It is a large building spread across a huge 17 acres situated on the outskirts of Magarpatta city and attracts crowd from a wide area. This well-organised buildings, designed by international architects, enjoys the presence of many national and international brands.

When there is no other activity taking place, people go Hadapsar to enjoy relaxed weekends. Jogging, walking or simply chatting with friends are the usual forms of passing time here. In Hadapsar, one can enjoy the beauty of nature in peace, spot flocks of birds flying away or simply enjoy the beautiful sunset. Sports like cricket, football and yoga are practiced in Hadapsar.

Hadapsar is well connected to the other parts of Pune by the PMPML buses. They also operate air-conditioned buses on the Katraj-Hadapsar bus route. The Pune – Lohegaon Airport and the Pune Juntion Railway Station are the major access points to Hadapsar from other parts of the country. Apart from the PMPML buses, many state transport buses also stop here. Traffic is relatively dense in Hadapsar because of the number of companies located here and the presence of a National Highway. To ease the traffic, two flyovers are constructed and work on a third is under way.