With 39 acres of sprawling grass, Empress Garden Pune has been rightly claimed to be “Jewel of Pune”.  It has been a home to various rare species of flowers and trees. This landscaped Garden provides abundant area for kids, senior citizens and lovebirds to enjoy their time in the lap of nature.

Flower show, which is held annually, is one of the major attractions of Empress Garden in Pune. Various programs are conducted at Empress Garden to create awareness for the conservation of nature. 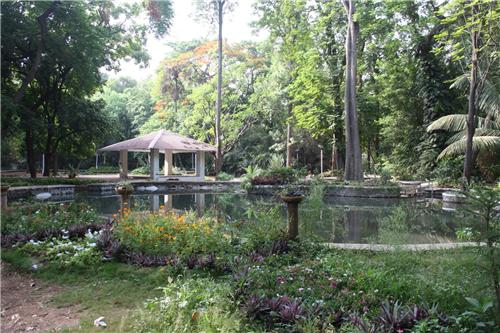 Initially, Sardar Vithalrao Purandhare was the owner of the land where the garden is located. During that time General Finjer looked after the maintenance of the Garden. In 1838, the government took over the ownership of the Garden. Later, in 1845, the government handed the possession of the Garden to Sir Charles Napier. During 1845, the garden was known as "Garden of Dr. Don". Later, it was named as Empress Garden by British in the honour of Queen Victoria. During British rule Empress Garden Pune was also known as “Soldiers Garden” as it was often visited by soldiers.

Today the Garden is a major tourist attraction of the city where people come to enjoy the nature which is impossible to find in today’s mundane city life.

Buds and Bloom – The Flower Exhibition in Empress Garden Pune 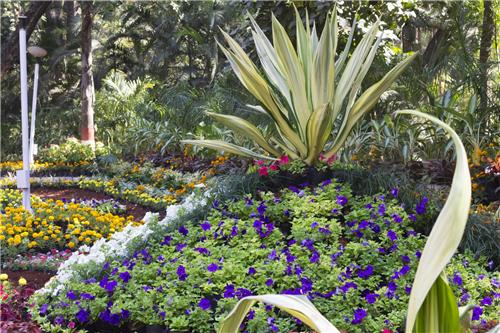 The flower exhibition “Buds and Bloom” is held on an annual basis inside the precincts of Empress Garden. The flower show has become a hit not only with the locals but also among the visitors in Pune. Apart from the exhibition, workshops, puppet shows, demonstrations, street plays and video and audio presentations are held in Empress Garden Pune to create awareness for conservation of environment.


Frequently visited by Punekars, Empress Garden is the charm of the city.