The city of Pune is rich with its history which spans right from the time of the height of the Maratha power. The city founded and majorly developed by Shahaji Raje followed by his son Shivaji Maharaj who also made the city his capital, has a glorious past and is also known as the ‘Cultural Capital’ of the state of Maharashtra. In modern times, Pune has developed into a student city and an IT hub but the essence of the city still lies in the quintessential areas and localities, each distinct with its own characteristic feature, that constitute this fast developing but quiet city. One such major locality in Pune is Deccan. 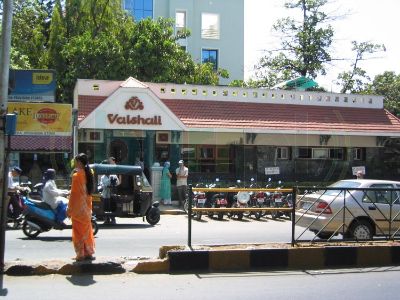 Deccan - the area is located around the Gymkhana - is located in the central part of Pune. Lying in the heart of the ‘Oxford of the East’, this area in Pune is famous for movie theatres, shopping malls, shops and multiplexes, restaurants and cafes like the famous Good Luck Cafe which was established in 1935 and other entertainment areas catering to the vast student population of the city. International fast food chains like McDonalds, KFC, Mad over Donuts and Pizza Hut which are fast gaining popularity amongst the student population in India have opened in the Deccan area. Other popular restaurants in this area are Vaishali and Rupali.

Deccan also boasts of the Sambhaji Park, an iconic recreational area in Pune. The people of Pune, not to forget their cultural roots also frequent the Balgandharva Drama Theatre situated here. Business hotels like the Deccan Rendezvous and hospitals are also located here.

Deccan is also home to the PYC Hindu Gymkhana which has two basketball courts, a cricket ground and four tennis courts; and is also home to the Deccan Gymkhana Sports Club, which has hosted the Davis Cup and the Maharashtra Premier League cricket matches in the past. The Deccan Gymkhana is a pioneering sports institute in Pune with over 6000 members. The sports club extends across an area of 14 acres and offers an exciting variety of indoor as well as outdoor games and sports.

Deccan is also one of the most central and integral areas of Pune as it connects a number of important routes leading to and out of the city like Jangli Maharaj Road, Karve Road and Fergusson College Road start and lead out of this area. Deccan is also well connected to the different parts of Pune by PMPML buses. Another road called Tilak Road serves as a connection between Swargate and Deccan Gymkhana whereas Laxmi Road connects Deccan to Pune Cantonment. A proposal for a Metro line in Pune is also under considering which will further add to the connectivity of Deccan to the rest of the city. Deccan is also situated strategically close to the Pune Municipal Corporation which is one of the most important buildings in the city of Pune.