The culture of every city portrays the essence of the place through its historical background, its values, ethics and its scope towards accepting innovative and fresh ideologies. Pune is one such city, which perfectly exemplifies the definition by truly justifying the title of being the Cultural Capital of Maharashtra - along with being in step with modernization. 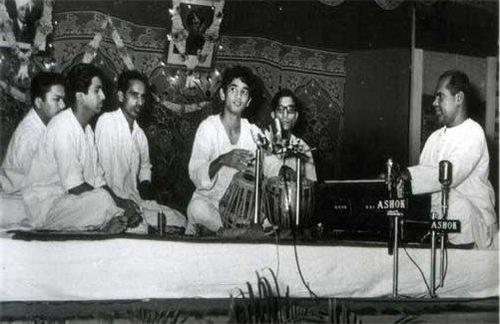 Pune is an epitome of Marathi culture and its ethos, which emphasizes on education, art, music, theatre, etc. Pune has the honor to name many famous personalities who have hailed from the place itself. Tukaram (Dehu), the famous poet-saint and Jayant Narikar, the famous scientist, were born in this district only. Many freedom fighters and revolutionary leaders like Gopal Krishna Gokhale, Agarkar and Bal Gangadhar Tilak also had their homes in Pune.

The biggest example of Culture of Pune is evident from the enthusiasm of the city, in ‘Savai-Gandharva’, which is a three-night-long musical program based on vocal and instrumental classical music. The heritage and tradition of the city goes hand-in-hand with modern life, its amenities and beauty. That is why the enthusiasm seems absolutely parallel when the city boost for the mesmerizing nightlife.

Though, according to figures, the majority of Hindus are more in Pune but people from different caste and creed are hugely available here. They come from different economical and religious background turning the city into a cosmopolitan place. This has been possible only because people of all religion are accepted and appreciated in Pune. The city has opened up doors of financial and economical growth which in turn helped multinational software companies and other professional institutions to set up their workplace bringing in people from all over the world to Pune and turning the city into a multi-ethnic personality.

With such diverse cultures and customs flowing, it is difficult to identify the religion of the city. As opportunities grow and large number of people shifts to the city for better education or employment, the religious identity of the city is always changing. However, Chaturshringi goddess is the reigning deity of Pune. There’s a temple also dedicated to the Goddess where thousands of people come to receive blessings. Spiritual teacher Osho resided and spread his teachings from Pune itself in midst 1970-1980 and in honor to that, The Osho International Meditation Resort is based in Koregaon Park.

The lifestyle of Pune typically portrays the shadow of Maharastrian culture. The language which has a mass preference here is Marathi, the official language of Maharashtra. Hindi is the second preferred language and almost all people can understand this language well.  Maharastrian cuisines have also immense preference in Pune, though the typical local taste of Pune is slightly different. A lot of spice, coconut and garlic have major usage in Pune local dishes. The people of Pune prefer dishes out of jowar and bajra. Chivda and Bakarvadi are preferred sweet items made in the city.  A popular milkshake with dry fruits named as Mastani named after Queen Mastani of the Peshwas is a must-have drink for all. For entertainment, Pune has good number of museums, parks and garden along with multiplexes which features Hollywood and Bollywood movies. Apart from this, disco, pubs and bars are common entertainment zones for Punekars.

Celebration of festivals with absolute enthusiasm for any religion is evident from historic times, in the city. It can be stated irrespective of any religion without discretion of colour, caste or creed, it is celebrated whole-heartedly. The perfect example of the same is Ganesh festival where Hindu, Muslims, Sikh and other religions come together, celebrate and pray to God Almighty for a blessed future.  This Ganesh festival was first celebrated in 1894 in the city initiated by Bal Gangadhar Tilak with the intention of integrity of caste and religion. Other festivals which are prominent in the city are Holi, Diwali, Shiv Jayanti and Gudi Padwa.