Cricket is one of the many sports that India is crazy about. The city of Pune is no exception. One can easily understand the cricket madness of Pune by the number of Cricket Stadiums, Cricket Coaching Classes and Cricket Clubs located in the city. So whether you love to play the game or want to cheer up your favourite team from spectator’s seat or just want to spend time in a cricketing environment, Pune will not disappoint you. 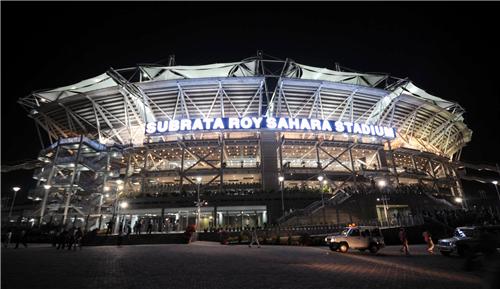 Pune houses many stadiums where various cricket tournaments are held on a regular basis. While some of these stadiums have the distinction of holding international matches, some are used for smaller scale state-level or club-level tournaments. Below is the list of Cricket Stadiums located in Pune.

Owned by the Maharashtra Cricket Association (MCA) this state-of-the-art stadium is one of the best in the country. Named after the founder of Sahara Group, Subrata Roy, this Stadium is the home ground for the IPL team Pune Warriors.

Formerly known as Club of Maharashtra ground, this Stadium was built originally as a multi-use stadium. Presently used almost exclusively for cricket matches, the Stadium is famous for its batsman-friendly flat pitch.

If you are an ardent Cricket fan and love to spend some time in an environment where Cricket is not just another game, then the Cricket clubs of Pune is your place to be. Get here the list of Cricket Clubs in Pune and enjoy your cricketing time.