Pune offers a plenty of business opportunities for entrepreneurs. The bustling metropolis has become a microcosm of India with people from every part of the country having settled in the city. Pune is a well-developed city and boasts the sixth highest per capita income in India. To its advantage is the fact that Mumbai, the financial capital of India, is just 152 km away. 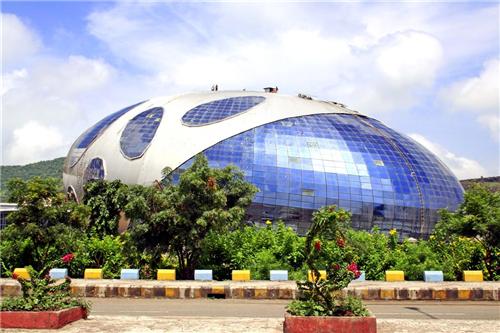 Global as well as Indian corporates from a variety of sectors, predominantly IT and manufacturing, have set up base in the city because of its good infrastructure, educated working force and the good quality of life. Over the years, areas such as Hinjewadi, Pimpri-Chinchwad, Magarpatta City and Kharadi have seen rapid development. They are today the magnet for well qualified professional migrants to the city.

The city is a hub for the IT, ITES and BPO industries, manufacturing and real estate and associated industries and sectors such as retail, hospitality, security, transport, health and education. It has also emerged as a centre for biotechnology and agribusiness.

The Rajiv Gandhi IT Park at Hinjewadi is home to such companies as Infosys, Wipro, IBM, Tata Consultancy Services (TCS), Cognizant, Honeywell, Mindtree and Hexaware Technologies. The number of software companies alone is more than 210 in Pune. Infosys has set up a 150-acre campus here with more than 15,000 professionals working in it. TCS has established a 50-acre campus in the city employing about 20,000 people. More than 60 per cent of Maharashtra’s IT exports are generated from Hinjewadi alone.


The manufacturing industry has also seen very good growth in Pune in the last few decades. All sectors of the automotive industry have a presence in the city with two-wheelers, autorickshaws, cars, trucks, tempos, tractors and excavators being manufactured here. Many auto majors have set up base here including companies such as Bajaj Auto, Telco, Mercedes-Benz, Kirloskar Group, General Electric, Deepak Fertilisers and Petrochemicals, SKF Bearings, Sandvik India, Thermax, Thyssen Krupp, Whirlpool, Robert Bosch and Tata Motors. General Electric Co. has set up a Rs 1,000-crore facility at Chakan which will manufacture a range of equipment for aviation, oil and gas, energy and transport sectors.

It addresses the concerns of various small industries based in Pune and networks amongst them.

It is the umbrella organization of Indian industry with a national and regional presence and works towards fostering economic growth and facilitating greater investment into the country including Pune.

Promoting trade between India and the United States, the Indo-American Chamber of Commerce has established a presence in Pune to facilitate cooperation between corporates in the two countries especially in the automotive and IT industries.

Pune is host to the most German companies in India and the Indo-German Chamber of Commerce has played no small part in facilitating this. There are more than 197 German-owned companies that have made the city their base especially in the engineering sector.

The Swiss-Indian Chamber of Commerce facilitates the flow of investment into Pune from Switzerland.

Encouraging business ties between corporates in Pune and Sweden is the Swedish Chamber of Commerce India through networking, knowledge, information and access.

The real estate sector is one of the most promising for investment in Pune with prices having risen by 35 per cent since 2011. The market is filled with choices from modest apartments to luxury condominiums in areas such as Magarpatta City, Pimpri-Chinchwad, Hinjewadi, Wagholi, Baner and Kharadi. There has witnessed a steady increase in the appreciation of investments in the last decade. Prices range from Rs 2,500 per sq. ft. upwards for a modest 1, 2 or 3-bedroom apartment. More upmarket homes cost between Rs 75-lakh to Rs 1.25 crore. Trump Towers in Kalyani Nagar offers 44 luxury condominiums with five bedrooms each. Rentals have also been rising with the increasing demand for housing.

Some of the most prestigious projects in the city are integrated townships such as Megapolis Pune, Life Republic, Blue Ridge and Xrbia from such real estate companies such as Pegasus Properties, Kolte Patil Developers, Paranjpe Schemes and the Eiffel Group.

Hinjewadi is known for its IT Park which has drawn companies from all over India and the world. It has been developed in four phases and is an integrated township with all modern facilities and well-planned spaces with due consideration paid to environmental concerns. Hinjewadi is also a magnet for real estate, retail and hospitality sectors.

Pimpri-Chinchwad is an industrial suburb of Pune city with its own municipal corporation. It is a major industrial hub of Pune especially for the manufacturing sector. It is home to many automobile and heavy engineering and some IT and ITES majors. Pimpri-Chinchwad is easily accessible from Pune and is well served by many educational institutions.

Magarpatta City is a Pune success story. Developed on 400 acres by a consortium of famers in association with leading architects, it offers world-class office and living spaces and has become a favourite destination of IT, ITES and BPO sectors as well as retail, real estate and hospitality companies. It consists of many residential neighbourhoods, a commercial complex and an IT park. Fursungi IT Park is close by.

Kharadi is the location of a special economic zone (SEZ), the EON Free Zone, in Pune and offers built-up space of four million sq. ft. It is also a popular destination for a host of companies especially in the IT, ITES and BPO sectors.