Aadhar card is an individual identification number which consists of 12 numbers and is issued by Indian Government under the department of authority of Unique Identification. The main aim for the launch of the card was to provide the citizens of India a valid proof for both identity and address that is valid all over the country. The card requires no restriction of gender or age but has a verification process; individuals successful in the verification are liable to get their aadhar card. 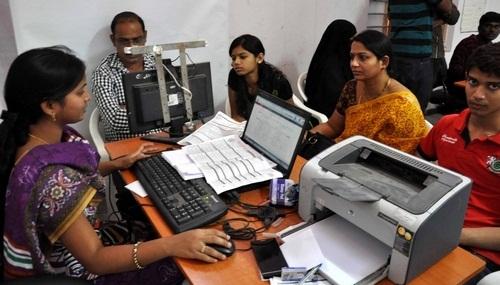 The card is enrolled only once for an individual. Enrolment of Unique Identification Card or Aadhar Card is free of cost. Now considered as a valid identity, the card also provides access to various services including phone connections, banking and also various non-government and government services. The enrolment of the card can be done in all regional offices present in every state of the country.


How to Get Adhar Card in Pune

To apply for the enrolment of Aadhar card in Pune, Maharashtra government has set up many centres in Pune which enable people to have an easy access in achieving the Aadhar services in the region. There are various Aadhar enrollment centre in Pune such as in Vadgaon, Bhor, Sheri and Thergaon region.
To help achieve the UID card in the region, citizens need to follow certain norms:

To help achieve the Aadhar card one should possess some valid documents that are necessary to be produced for obtaining the UID card. As the UID card has become a very important document, it is important for individuals to present two different kinds of proof: address and photo documents for enrolment and registration for the card. Some of the common documents that are present with every individual and which are accepted by UDAI are: