‘Rain’ is sky descending to the Earth, a much awaited whim, neither you nor can I make it happen. It has a mind of its own, a course of its own and grace of its own. Monsoon – a wait, few heads gazing the skies for sheer pleasure of experiencing those first drops on the face, while others stand perched to see if their fields would come back to life. In all it is time to rejoice, who minds the puddles. During monsoon, few places bloom like those colourful flowers at the touch of sun’s rays, giving it a complete makeover. 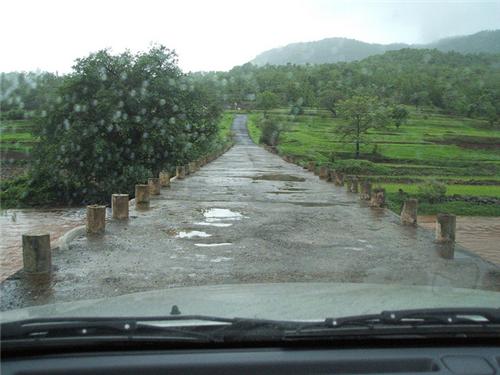 On a Saturday morning, I wiped the fog off my bedroom window... it was still raining. My eyes gleamed with a bright idea, an impromptu outing. All people must be wondering if monsoon is a time to move out, well I say, embargo on the ‘ifs and buts’ that bog you down, get a little adventurous and move on. With excitement at its zenith, it just took a moment to set the wheels rolling. All the essentials, raincoat, umbrella, another set of clothes - just in case, sandwiches.. I was singing the obvious song, most appropriate – ‘Aati kya Khandala’? 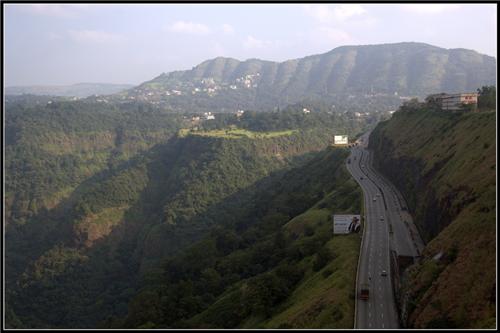 Photo Source
The drive was pure bliss, with a constant kiss of the drizzle, as we left the city behind. The roads looked unusually cleaner; the otherwise barren looking grounds wore a thick green blanket. It took us two hours to reach Khandala. The route we followed was Pune – Kanhe – Khamset – Khandala. We left behind many tourist spots which were crowded. We drove quite a distance and reached the Pavana lake which is a comparatively offbeat tourist spot. The lake was flooded with water, and the whole set up was extremely scenic. It is an artificial lake formed by the dam built across ‘Pavana river’. There were few enthusiastic tourists boating in the lake. We chose to take a moment and devour the tranquillity. 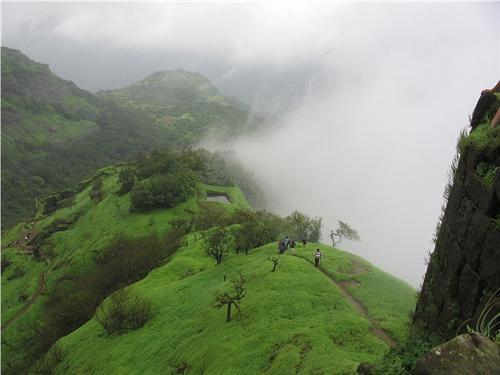 Photo Source
The beauty of being on the Sahyadris during monsoon springs you with surprises – the number of aimlessly gushing rivulets and waterfalls. The streams with crystal clear water gliding gracefully filling those little cracks and crevices could be seen all through the way to Rajmachi Park. The calm and serene environ was inviting. From the park we could see the Rajmachi twin forts, Shivardhangad and Manoranjangad on the east side and a magnificent view of the valley too. The trek to the Rajmachi Fort is considered difficult, but the fruit of endurance - ‘The brilliant view’ is supposed to be worth it. 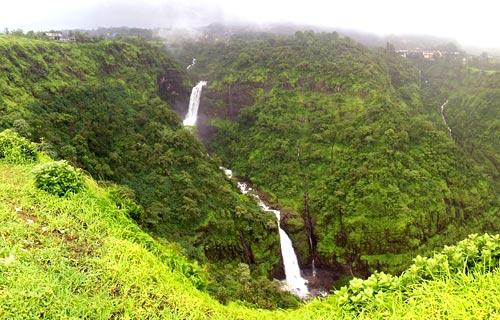 We worked our way through to the Kune Falls, which was a three-tiered spectacular drop. A major tourist attraction, which is situated between Lonavla and Khandala. Few tourists managed to take a dip too, since it is slippery I might have to warn you not to test the might of nature. The waterfall is at its glory during the monsoon. The place is surrounded by lush green foliage. It is famed to be the 14th highest waterfall of India. We stood there awestruck. 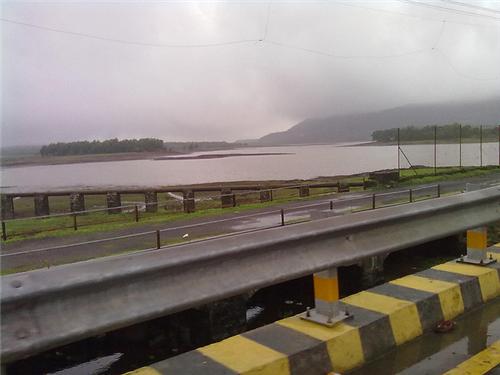 Photo Source
The Bhushi Lake is another scenic spot, overtly thronged by tourists at any given season for its bountifully flowing water body. It provides an ambient atmosphere for picnic, enveloped by small waterfalls and greenery. Water cascaded through the stairs, it was brilliant just to see how people get fascinated and happy when nestled by nature. Young ones and adults, crossing threshold, age was never at play, splashing water on each other, enjoying each moment. A moment of eternity. The smell of roasted 'bhutta' is always a big ‘Yes’.

The day seemed shorter than it always did. We started back to join the grind... looking forward for similar getaways. Who knows what is in store!!

-- As shared by Writer Gayathri Iyer